When Gom & I were much younger, and both still really "Alive", we sometimes took a weekend break in the Center of Sydney City.

An odd choice you may think. We lived in a quiet dormitory suburb, about an hour's travel from Sydney City, so the hustle and bustle of Sydney city was quite a novelty- just for one weekend!

It reminded us of other, younger,  trips to Sydney, taken from Christchurch, before we resided in Australia.

On most of those trips, we would stay at some Motel, close to Kings Cross, or, as it is locally known, 'the Cross'.

My first visit was quite shattering, in the sadness I saw, of miserable lives, drug addicted young girls, 'on the game' begging for custom. The sad, and the lonely, begging for 'love' or some comfort, be it drugs or sex.

It seemed a whole world away from the life I knew, and lived. It was certainly very colourful, and there was also, much to laugh about and much to admire, in the form of buildings, locals, and bars. It is true, the Cross never sleeps.

Our accommodations were usually comfortable, and most adequate for our needs.
On one trip, we had prepaid for accommodation, on the recommendation of friends. Imagine our horror when we could find no one to admit us and acknowledge our booking. A fellow guest let us into the building and ascertained which room we had been allocated. The stained bedcovers were the first 'clue'. The second was the mobile cupboard when we opened the door. No, it was not a new and fancy peice of furniture- it was in fact a heaving haven for scurrying cockroaches.

We dumped our bags, took our key and set off to find new, and more sanitary and pleasing accommodation!
We found a very nice deal close by, so checked in there, then returned to the Cockroach Palace, retrieved our luggage and left the key on the desk.  Thankfully, our money for the booking was refunded to us, on our return to New Zealand.

No wonder the Customs officers seemed to be laughing at us when they read our 'intended staying address'! Perhaps Cockroach Palace was notorious.

For one of our weekend breaks, after we became residents, we decided to try an inner city high rise Motel. Our son and his lovley partner were living close by, and they were very excited to meet us and take us to their favourite Chinese Restaraunt for a meal on the Satruday night.

We arrived on Friday night, and were happy to see our rooms were nice enough. We went off to explore the city sights and then wandered close to the Motel to find a bar, for a drink or meal before we retired for the night.

I was disgusted with our choice of Club. It was a ~insert name of most famous Church beginning with C~ Club, situated down some stairs in a basement location. It seemed to have men only customers, and one particularly objectionable individual made us feel most uncomfortable as he rudely began effing and blinding as hard, and as loudly, as could. I glared at him, which only seemed to trigger more vile language, and I was amazed to find the other patrons and the staff all turned a blind eye and deaf ear, to this boorish pig's behaviour. I am positive he was not a Tourettes sufferer. I know this will offend some, but I decided he was a 'retired Priest' who detested women, and most of mankind.
Perhaps the fact that the Bartender addressed the disgusting old swine as "Father" was a further clue!

We did not linger, and left to spend our night sleeping.

Hahaha! Fat hope. We discovered that the High Rise Motel became a megaphone for every scream, crash, fight, swearing attack, fire engine siren, ambulance siren, revving of engines,  and screeching of brakes. Then, just as we were thinking it was becoming quieter in the early morning hours, the trash trucks began their rounds, emptying what sounded like a thousand broken bottles, into the huge maws of their vehicles.. The cacophany of the city was echoed up the walls of the canyon, which is what it all became in the night.

When our Son and his lady arrived to collect us next day, we were having an afternoon nap, trying to regain lost sleep!
The Chinese Restaraunt had delicious food- every other soul in Sydney agreed, and we had to wait some lengthy time for a table. It was all worth it, however.

I think that is the last weekend away, that we took in Sydney City.

Honey has had her tumours removed, and seems to be coping, apart from wanting to chew the stitches on the leg! Another trip to Vet to get it restrapped and purchase a Cone for her head. She was so miserable wearing it, I took pity on her and removed it. At this rate she will bankrupt me!!
I take her back today to have it all rebandaged.

My surgery has been moved forward and I am told I cannot be 'bumped or postponed' on this list. I attended the Hospital to see the Surgeon again, yesterday. All systems go.

Tomorrow Son & I are attending an Information session at the Hosp, where they take us through the op, visit the ward, and generally give us as much pre information as they can, so we/I will know what to expect.

Son may possibly be away while I am in Hospital. Not sure of his return date, so am hoping to be mobile and active when I escape get discharged. I am just like Gom, in that I detest being incapacitated and having to be in Hospital.

We are having a very hot streak of weather, and it is raining now, so humid. We were looking forward to the "Southerly Change" to cool things down. I guess, in the Northern Hemisphere it is a "Northerly Change" you will look forward to having arrive?

When we lived in Christchurch, we absolutely dreaded the "Nor Wester" which blew across the Canterbury Plains and gained ever more heat as it travelled to the Eastern coast, which is where Christchurch is situated

Janis Ian. In the Winter.  (Because, it is still Winter in my heart.)

Are the Crappy Bits winning?

Justice seems to have taken a holiday. 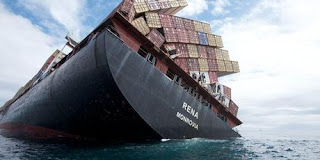 I cannot see where the Karma might be, in this devastating tragedy, in my home bay.
This is a large scale disaster. We are told the guilty are 'prepared to give one million dollars towards the cleanup'. Whilst admitting no guilt! What??
The Company that own this rust bucket of shite, are in the region of millions in proft.


I totally despair.
Morty, on the other hand, has a different perspective.
In the old thoughts of Alfred E Neuman, "What, Me worry?" 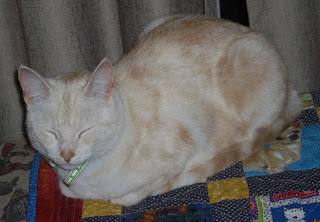 Here is SG with Granddog. I love Granddog almost as much as I love SG (or my Honey) . However, I am reluctant to see Granddog licking the face of SG, which is the next pic in this series. 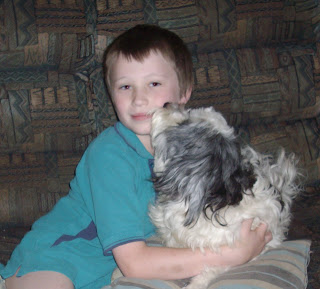 Son and I watched the All Blacks victory over the Wallabies.
This is Pinky, watching the game. He was placed there, in Gom's chair, as a Good Luck Symbol. 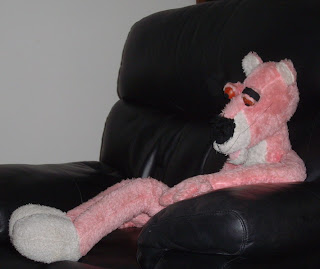 As you may guess, Pinky has been in the family for many years. I am sure he was delighted with the final result, though he did not appear to show much emotion.

This coming weekend Pinky will have to work extra hard, to support our All Blacks, for a win for the World Cup.
Who knew I could ever bother about Sport!!


Often, when our Walls surround us, we forget to see the pain and despair of others.

I have learned of much pain and suffering of someone who was dear to our family, for a number of years. She is not now, really, a part of our family, but she remains in the hearts and minds of all of us.
We feel her pain and wish her love and healing thoughts, in her difficult days. Love to you, M.

Honey, my little dog, is scheduled for suregery on Friday. I am hoping she will come through OK. She will aslo have the cast removed from her back leg, so we are hoping all will be well with that, as well as her tumour removal.
My surgery is scheduled for 11th November, so hopefully it will not be postponed. However, if an accident or somenone younger needs surgery, I will totally understand. Such is life.


I keep thinking of The Rose, as sung by Bette Midler. A Song of Hope.
se. 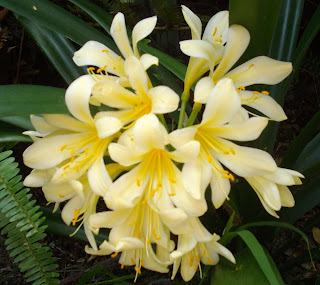 Sometimes, the 'glue' we have come to regard as part of our lives, becomes unstuck.

It becomes difficult to remain hinged, one might say. We (I) feel as if all the parts have become separated, and one (I) wonders how to gather it all together again.

I bought some plants, hoping to find some continuity in life, of recent times. Some, such as this sweet Pansy, have survived the onslaught of slugs and snails. 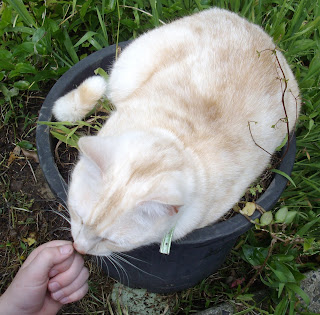 Some planter pots became weed paradise, interspersed with a large cat sitting in a pot. Was he pretending to be an innocent flower?
This pic was taken as King Morty sniffed SG's proffered hand. Just before he, Morty,  attacked and scratched SG on the face! Morty is one disturbed cat, whose troubled kittenhood remains a mystery to us. We often refer to him as "Moriarty", or "Psycho". 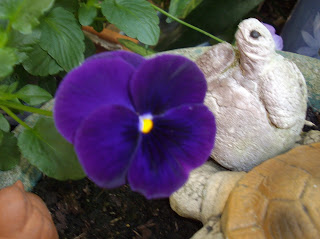 Another sweet pansy, which has managed to survive the snails. 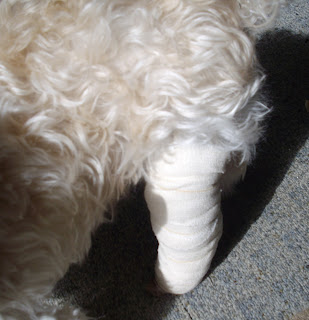 I have a date, to have my total knee replacement surgery. In the meantime, Honey has damaged a ligament in her left back leg, and is in a plaster cast, for approximately 8 weeks, while it heals.
I broke down when I took her to the Vet. I could not bear it if anything happened to Honey, after my year from Hell.
Honey may yet need an operation. We are hoping it will not have to come to that. 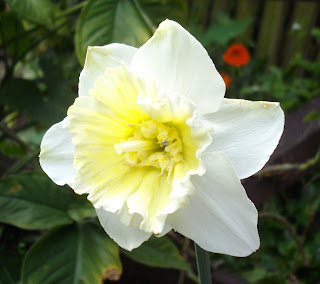 My Pre Admission Clinic visit was full of surprises. Not none all of them were pleasant, and some were totally odious.
It seems they have decided to create new, and highly undignified steps, to perform, and cause embarrassment. Not everyone is happy with this development. Some protest vigorously, or refuse to have them done.
I, being from the old school of 'Obey' did not relish the test, but neither did I refuse.
I later consulted the Internet to see why this new procedure was necessary. I remain unconvinced as to the value. I simply forgot to ask at the time of the procedure. I am sure my brave daughter would have questioned it all, at the time of request. She is much braver than I am.
I have composed many posts, inside my head. None of them have made it to print.
I have been trying to catch up with my favourite blogs, and have not managed to cover all of the wonderful posts I know are out there, waiting to be enjoyed.
I am indescribably sad, and horrified at what is happening in my birthplace, the Bay Of Plenty of New Zealand. It cannot be repaired soon, and the price is far more than any man-made fines, or useless jail terms.
I see Oil and all it's ugliness, as an evil we should be without, in this modern world.
Joan Baez, singing Dylan